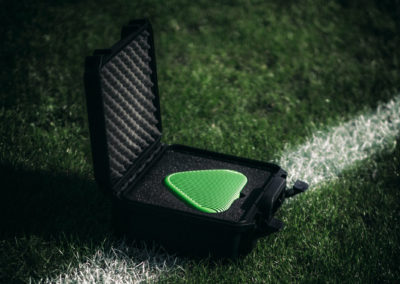 FOR IMMEDIATE RELEASE – (Paoli, PA)  Future 500 ID Camps, the best camps for college exposure in the nation, is partnering with Veo, the leader in soccer video technology. Veo uses a 180° camera with two 4K lenses to record the entire field at 30 frames per second from the perfect elevation. Veo uses AI powered software to automatically detect the ball and every player on the pitch at all times. Veo’s innovative platform allows college coaches to watch and analyze any player on and off the ball, at any point in the game, creating the best recruiting exposure possible for Future 500 campers.  END_OF_DOCUMENT_TOKEN_TO_BE_REPLACED

The Dead Period Is Ending: 5 Things You Should Do To Get Recruited

It has been more than a year since aspiring college players have been able to play in front of NCAA Division 1 coaches. In addition to the lost year of D1 exposure, many months of playing in front of D2, and D3 coaches were also lost as a result of the Covid-19 pandemic.  After months and months of waiting, the NCAA has officially announced a return to normal recruiting activities at the end of May.  This is massive news for families that have lost so many vital opportunities in their journey to get recruited. Now that recruiting is opening up again, what should you do? END_OF_DOCUMENT_TOKEN_TO_BE_REPLACED

What Division Should You Play? 4 Tips To Decide.

The NCAA Dead Period is over and all NCAA Divisions can recruit again, but which Division should you aim for? Evaluating your own level of soccer ability is often a difficult, but important process. As a soccer player about to begin your college recruiting journey it is important to understand where you fit in, how good you are, and what divisions and schools you should be looking at. Usually parents don’t have a clear idea of what levels of ability are required at NCAA DI, DII and DIII schools. Even if you know what NCAA Division you should be aiming for. END_OF_DOCUMENT_TOKEN_TO_BE_REPLACED