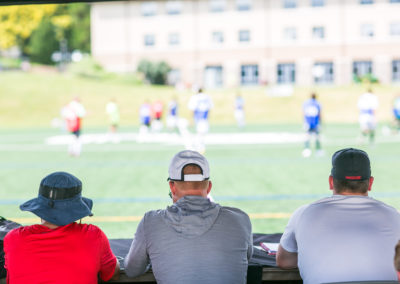 Here at Future 500, we take immense pride in the way that we assemble our college coach lists for each of our ID Camps. We take the utmost care in assembling a top quality list of colleges of varying types, from a variety of divisions, states and conferences, that are all confirmed as attending. In 2022, between our Boys ID Camps and Girls ID Camps, our colleges will be representing: 38 States.  72 Conferences.  NCAA DI, DII, DIII, NAIA, NJCAA Many Top Ranked Regional & National Colleges.   Many Top Ranked Liberal Arts Colleges, Law Schools and more. Our diverse list of 50 colleges provides a unique college exposure opportunity for players of all levels, allowing players seeking to ... END_OF_DOCUMENT_TOKEN_TO_BE_REPLACED 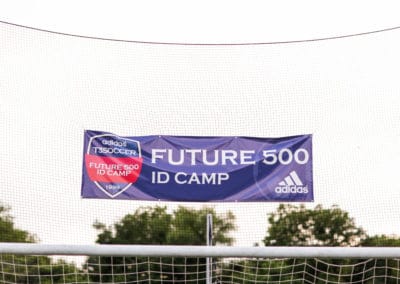 The Importance of the Schedule at an ID Camp

Aspiring college soccer players sign up for ID Camps in order to get recruited by college coaches. ID camps put players in the spotlight, allowing them to play in front of college coaches and ultimately, get recruited. An often understated, but extremely important component of a good college ID camp is how the schedule is organized. Here are some questions to consider when evaluating an ID camp schedule: #1 – Are players training or are they playing games?  #2 – How much are the players playing? Are players playing too many games and burning out in the process, or playing too few to be seen by college coaches? END_OF_DOCUMENT_TOKEN_TO_BE_REPLACED 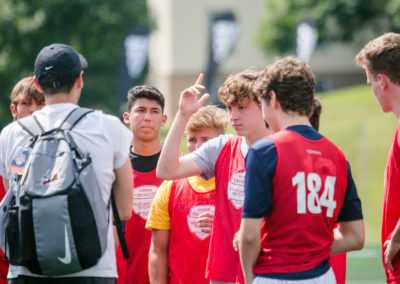 If you are a parent of a soccer player who aspires to play collegiate soccer, you’re probably wondering how to get your player in front of college soccer coaches. You have probably seen a variety of ID camps that advertise a varied number of coaches in attendance, and thought, ‘which ID camps are worth the time and money?’. In this article we will focus on one of the key differences between different ID camps: the number of coaches in attendance. Future 500’s ID Camps feature 50 college coaches, a significant number, more than any other camp in the country. But why do we have 50 ... END_OF_DOCUMENT_TOKEN_TO_BE_REPLACED