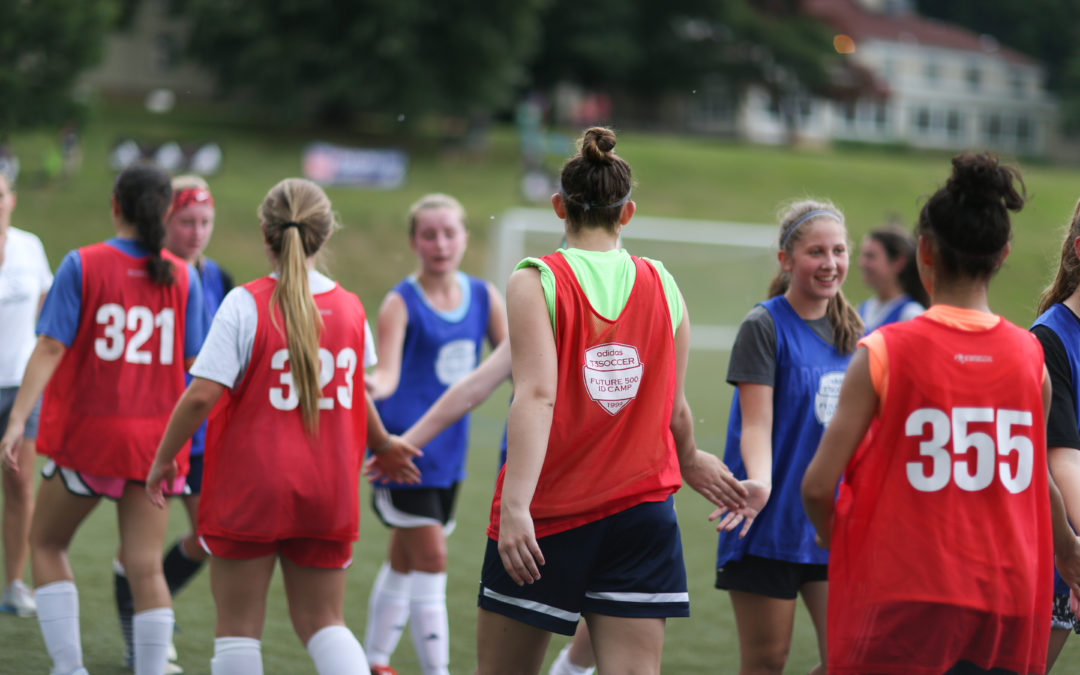 The Team Camp Staff at Future 500 ID Camps often hear about the challenges that club coaches and team managers share pertaining to their Soccer Showcase Tournaments.  While there are many positive aspects of traditional showcase soccer tournaments, most club managers lament that “college coaches that register never make it to their team’s game, and if they do, they only stay for 30 minutes or less.”

Future 500 ID Camps provide an exciting opportunity that is very different from traditional soccer showcase tournaments. The Future 500 ID Camps Model was created from the feedback of club team coaches and managers. Let’s explore some of those differences:

Only Colleges and College Coaches CONFIRMED are Advertised

First, Future 500 ID Camps only provide the list of colleges and college coaches that have completed an agreement to work Future 500 ID Camps.  This provides a camper or a club manager the ability to know what colleges are confirmed and who to reach out to from that college ahead of time.  We encourage our campers, club managers, and club coaches to reach out to those coaches in advance to connect with the college coach and establish a connect ahead of any of our camps.

Future 500 ID Camps actually provide those college coaches with schedules of where they need to be and when so that we can ensure maximum exposure for all of our campers.   Read more about the Maximum Exposure Guarantee.

There are 75+ Top Academic Colleges and Universities and Nationally-Recognized Soccer Programs from the best of NCAA Division I, II, III, and NAIA.

High Definition Video links are provided to each college coach that attends camp so they can re-watch the video of players they liked at camp and want to watch even more.  Not only is this HD footage but the video footage is taken by Cross Street Sports through our exclusive partnership.  Professional videographers, HD quality Video, and college coaches with unlimited access to these videos offer club teams and campers an opportunity unique to only Future 500 ID Camps.  Read more.

If you ever ask a college coach what they are looking for in a college level recruit; many are going to say “top talent, great attitude, athleticism and positional flexibility.”  Future 500 ID Camps schedule intentionally put campers in different playing environments for the reasons stated above.  In addition to 11v11 games, like traditional soccer showcase tournaments, Future 500 ID Camps also provides 8v8 games and training sessions so that campers can be showcased in different learning environments.  In all of these environments, college coaches are also coaching (according to their coaching philosophy).  Read more about the Future 500 ID Camp Schedule.

Teams Rooming, Eating and Playing Together

Each residential camper will be assigned to their own comfortable air-conditioned dormitory room so that they can re-energize for the next session or day. Commuter options are also available. University-Style Dining Halls on both Eastern and Cabrini campuses offer convenient protein-rich and carbo-loaded meals for the ultimate recovery opportunities between sessions. Each team will not only play on the field together but will room on the same floor and eat at the same times during camp.

Steep Discounts for Teams of 8 or more